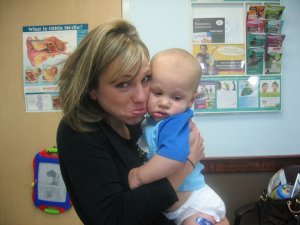 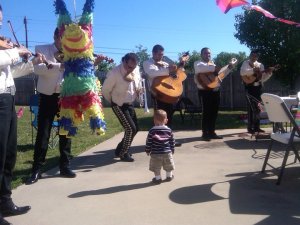 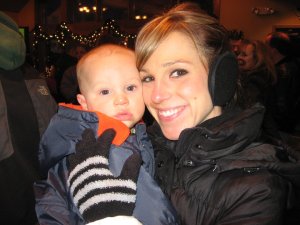 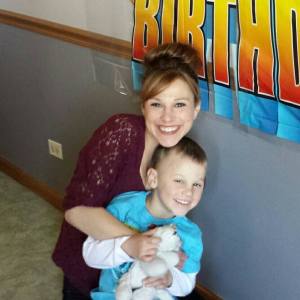 Tomorrow marks my 6th anniversary as a mother. Also known as the 6th birthday of my eldest, but don’t tell him that as he assumes that April 27th is all about him (which basically it is). But six years ago I left the corporate world. I left behind the office. I left behind the deadlines. I left behind a chapter in me life while I entered a whole new chapter that I would be living the rest of my life. I became a mother, and as a mother it’s a job that is listed on your resume as PRESENT for the rest of eternity.

I am Braxton’s mom. I am cool but uncool all at one time. I am warm and demanding. I suck at life one minute, but the next I am like a celebrity in his eyes. I sacrificed hours of sleep and my boobs in order to breastfeed. I carried him nine days late and have been quick to carry him when he needs me now. I spent hours watching him breathe to make sure he was okay. I wiped his butt and was even peed on.  I taught him to walk, to hold a crayon, the alphabet, how to write his name, to count and right from wrong. I was there during questions of God and death. I was there during questions of monsters and falling in love. I was there during tantrums, fits, hugs and kisses. I was there during stitches, puking and coughs. I’ve been present at EVERY doctor visit whether well or sick. I’ve never missed a school performance or an at home milestone. I’m teaching him to tie his shoes now. We are solving math problems and completing book reports. We are engaging in discussion on Charlotte’s Web. I’m introducing him to foods that are grown-up like lobster and steak. I’ve even brainwashed him into being my television partner for Cake Wars and Food Network Baking Championship.

My boss of six years breaks my heart and fills it with joy each every day. My boss pays me in kisses and in slamming doors on my face. He measures my performance on how well I remember his favorite foods, colors, sports, Pokemon characters and the names of his friends. My raise is based on my ability to change my voice while impersonating characters while I read a book or if I let him have the cereal he really wants. He has been my best friend and enemy within the same hour. I am the love of his life but one day he will leave me for another woman. My boss is one of my greatest accomplishments. My job is my greatest fear, love, pain, enjoyment and a million other adjectives and feelings.

I’m a motherf**king all-star when it comes to this job. As I look at this little six-year old miniature man today I know that I am killing it in this industry of MOTHERHOOD. When I take in all that he is, all that he has become and all that I know he has in his future, I’m rolling in billions.

I’m a motherf**king all-star when it comes to this job. What’s even better is that my boss will be the first to tell you that I am 🙂