There’s something about a musically inclined man that just makes my heart pound. I am an avid The Voice watcher NOT because I enjoy new talent (I happen to hate American Idol) but for the men that grace the judges chairs. I’m all about Pharrell, Adam Levine, Blake Shelton and Usher.  The world around me goes silent when these men appear on my screen, their jokes seem extra funny while their clothes extra cool.  Let me explain …

I prefer a guitar rather than a jockstrap.

A true cult follower of Save By the Bell, I don’t recall Zach Morris ever being very athletic, I do however remember his debut as head singer and lead guitar player for a band called Zack Attack. My heart belonged to Zach not sweaty Jerry curl Slater – the one wearing the jockstrap. Ever since I can remember dating, or even having a crush, I preferred the artistic ones over the athletic ones. Even as I was dating the athletic ones I was probably staring at the artistic ones across the rooms. Something so magnetic about this breed of men that I found myself instantly drawn. Don’t get me started on JT, the one and only Justin Timberlake that is.   I almost used the heads of a group of teenagers and 21 year-olds as stairs to the stage when my husband gifted me with tickets to see Timberlake some years back.  As I watch Justin on SNL or other random broadcasts I find myself laughing extra hard at his jokes while I flip my hair and smile saying out loud to no one in particular, “Oh that JT, he is just so funny AND talented.”

Funny that I should fall in love and marry a man that is an athlete and is 100% dedicated to loving sports. I can tell you that the part of him holding the jockstrap is not the part that drew me to him 12 years ago. In fact he was able to close the deal with me as a wild and crazy 20 year-old because he could play the guitar. Lucky for him his roommate taught him how to play the guitar a short time before meeting me. Lucky for him I met him when partying took presidente over sports. I knew he was a tennis state champ, was a maniac on the soccer field and had a knowledge of every sport invented, but who cared when he knew how to play “Iris” by the Goo Goo Dolls, not to mention Satellite from Dave Matthews (don’t forget this is early 2000’s). The guitar in his hands is what made me crush on that drunk college kid with spiky hair not his old trophies on his dad’s office shelf.

To this day my husband still complains that I don’t appreciate his athleticism, it’s not that I don’t because I do, it’s just that I tend to prefer a guitar over a jockstrap. He says he could take Adam Levine in a fight … I’m sure he could but could he take him in a sing off?? I think not 🙂

What’s your preference guitar or jockstrap? 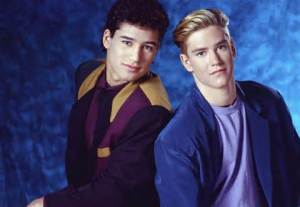 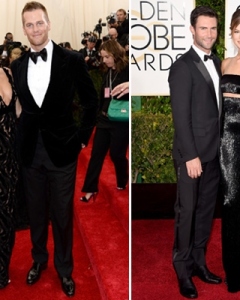 2 thoughts on “Holding a Guitar or Holding a Jockstrap?”